Three gemstones are listed as December birthstones. Below is some background regarding the three.

No recent discovery has had a greater impact on the gemstone market than tanzanite. In 1967, a Portuguese prospector discovered tanzanite in Tanzania while looking for sapphire. Named and promoted by Tiffany, tanzanite rapidly won the public’s heart. A December birthstone, tanzanite is the recognized gift for the 24th wedding anniversary and also for the birth of a child – inspired by the native Maasai tradition of wearing blue beads and fabric for a healthy and positive new life. Tanzanite occurs in various colors including yellow, golden-brown and green. It’s routinely enhanced by traditional heating methods to produce shades of violet-blue to purple. Fine tanzanite is typically free of inclusions. 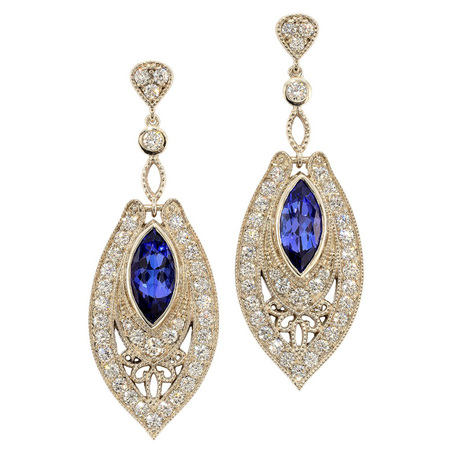 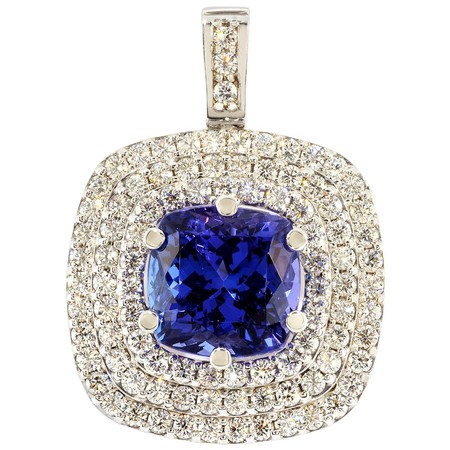 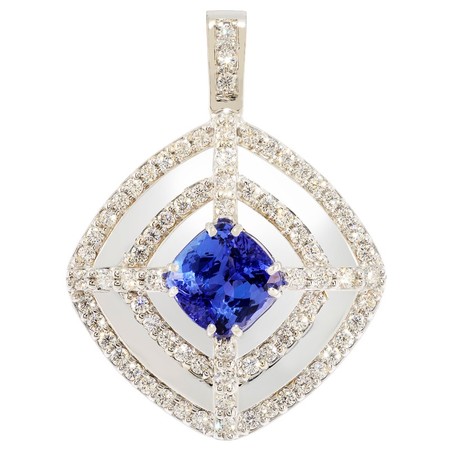 Discovered by ancient Egyptians, turquoise was widely used in treasures fit for pharaohs. Old Europeans credited turquoise with helping achieve a higher state of consciousness. Tibetans revered the gemstone as a talisman (an object, typically an inscribed ring or stone, thought to possess magic powers and bring good luck) of good fortune. Native American Indians used it as a shaman’s stone. A December birthstone, turquoise is a light to dark blue or blue-green gemstone. The finest color is an intense blue that is uniform throughout. Turquoise may contain narrow veins of its host rock, known as the matrix, sometimes in a web-like pattern. Turquoise is routinely enhanced to improve color and durability.

Prized as a talisman (an object, typically an inscribed ring or stone, thought to possess magic powers and bring good luck) since medieval times, Zircon was believed to clarify the mind, improve confidence and inspire the spirit. Among its many attributes, zircon was thought to bring wisdom, wealth and protection to those who wore it. Zircon is available in several colors including yellow, orange, and green with blue and red most sought after and brown most available. Brown zircon is commonly enhanced by traditional heating methods to produce red and blue colors, while yellow is occasionally heated to improve its color. Green zircon is not typically enhanced.

At 100 East Fine Jewelry, we are currently offering a gorgeous pair of Zircon and Diamond Hoop-style and Dangle Earrings in 18 KT White Gold that are sure to turn heads! 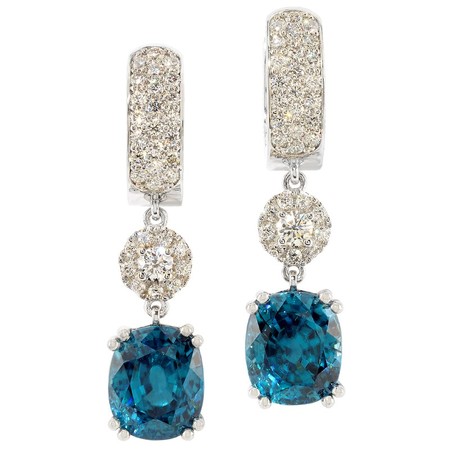